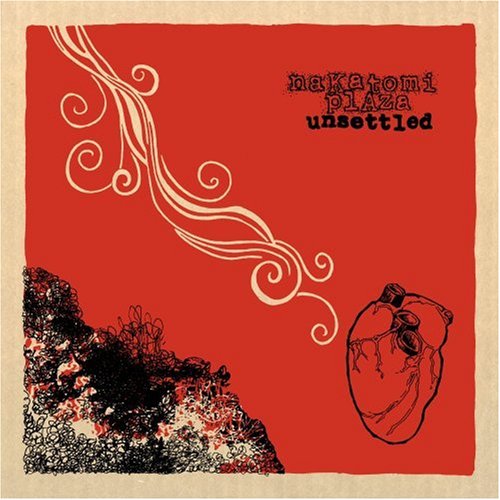 Thursday Throwback is a new feature on Squawkin’ Good Tunes where we dig up a forgotten gem from at least 10 years ago, play it on that week’s edition of Squawkin’ Good Radio, and review the album on squawkingood.com.

This week’s Thursday Throwback is one from my college years. Nakatomi Plaza were a band from Brooklyn who played a style of post-hardcore descended from the likes of At the Drive-In, with a sound that skews decidedly towards the punk energy of Sparta rather than the experimental leanings of The Mars Volta. Their album Unsettled was released in 2007 during my sophomore year of college, and several songs from it would be played on my radio show.

Opening track “A Manifest Destiny Grows in Brooklyn” gives you a good taste of what to expect from this album. From there it goes into quite the variety – from the heavier screaming tracks “Get Me My Meds” and “Bang Bang Sing Sing”, to the well-crafted pop-punk sensibilities of “Undefined”.

The album’s standout track is “Not Hopeless”, which also appeared on their Frog Octopus Wolf EP. Propelled by an energetic synth keyboard riff, this song delivers socially conscious lyrics backed up by a powerful, catchy melody.

If you like what you hear, listen to the full album below on Spotify.